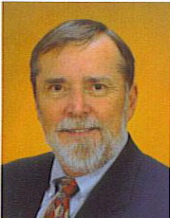 John Eugene Orrell, age 57, passed away January 4th, 2005 in San Antonio, Texas. John Eugene Orrell 'Poppy' was born in Melrose, Ma. on June 26, 1947. He got to Texas as soon as possible and often told us, 'he would fight the Alamo tomorrow if needed'. Upon arriving in Texas, he attended Trinity University and received a BS in Biology. His career in the Blood Banking Industry focused on helping others receive the gift of life. 'Poppy' was a family man who loved playing golf, fishing and general rough housing with the grandchildren. He leaves behind a loving wife; Gayla Nagy Orrell, four children; Kim and her husband Rob, Shane and his wife Teresa, Leslie and Courtney. Seven grandchildren survive; Ashley, Asa, Casey, Ethan, Daisy, Arden, Kyndal and many other family members. Also very important to 'Pop' were his pets, Fishy and Alley. Although Poppy is gone to the world, he remains firmly imbedded in our memories and hearts. Never having met a stranger, Pop leaves a legacy of friendship, love and compassion.