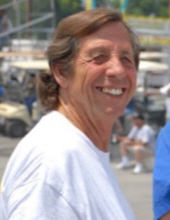 John R. (Bobby) Rex, age 75, born April 26, 1943 in Dallas, Texas, long-time resident of San Antonio, passed away in the early hours of December 16, 2018 in Cibolo, Texas surrounded by his family. Bobby’s life passion was his racing, whether it was drag racing, funny cars or Top Fuel. Bobby’s love of racing began in high school at the Double Eagle Track, and he was a member of the IHRA and NHRA for many years. Not many people can say that they lived their life doing exactly what they loved; however, Bobby definitely could. Everything he ever did was for his love of racing, including working at specialty car parts companies such as Bauman’s Auto Parts, Topps Exotic Cars, and Mack Trucks. His racing career really took off in 1964 with the T-Bucket altered car with Wesley Hicks. In 1965 he worked with Norris Gohmert on “Fearless 40 Ford”. In 1968, he worked on an AA Fuel Dragster with Floyd Head. Beginning in 1971 he was the Crew Chief of the “Mexican Revolution” funny car, owned by Johnny Valadez. In 1978, he was the Crew Chief of the “Buck Fever” funny car, owned by Gordon Leland. Soon after, he worked with Marvin Foxworth, and started driving work trucks and worked a variety of jobs including vehicular testing. In 1989, he and James McDougal started building a Top Fuel car called “Havoc”, with Doug Foxworth as the driver. This became the beginning of Bobby Rex Racing, which he owned for 10 years. These years included racing the “Mexican Revolution Nostalgic Funny Car”. Since that time, he had been working with Jack Chisenhall at Vintage Air helping with the “Texas Longhorn II” and organizing the numerous Cackle Fests. Throughout the years he received an astounding amount of awards and recognition certificates including: Vintage Air Open House Recognition for the significant dedication and contributions to the sport of Hot Rodding & Drag Racing in 2014, Hall of Fame in the sport of Drag Racing from the American Motorsport Museum & Vintage Air in 2016, the “Pic” Mauldin Sportsmanship Award in recognition of his tireless effort in the interest of Drag Racing in 2017 and the Lifetime Achievement in Drag Racing award from the Heartland Hot Rod Reunion. Bobby is preceded in death by parents, Jay D. & Catherine Rex; brother, George Rex; sisters, Ellene Beard and Bess Hart; and niece, Cathy Finn. He is survived by his son, Jason Rex and family; his love, Janie Selby and her family Stephanie, Mason & Maddie. Sisters, Suzanne Brown and Carol Mathews; numerous nieces and nephews. We would like to thank the Vitas staff, especially his nurses during his final hours, Norma Rena Bush & Lorraine Munoz. Viewing and Celebration of Life services will be held on Saturday, December 22, 2018 at 1pm at Meadowlawn Funeral Home (5611 E. Houston St. San Antonio, Texas 78220). In lieu of flowers, donations can be made in Bobby Rex’s name to “DRAW” (Drag Racing Association of Women) via DRAWOnline.org or a charity of your choice.