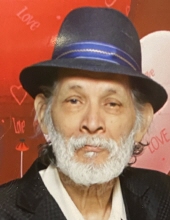 Our father, Jose Gutierrez, went to be with the Lord on February 9, 2021. He loved to dance, and we strongly believe he is dancing in heaven. He was a hard worker and had amazing skills in his work. His creativity would run wild and he tried to explain his plans and would say it would come out ‘bien bruto’ until he created his masterpiece.  Our dad had a zest for life no one could describe. Always wanted to have a barbecue and invite everyone...and by that, I mean the entire neighborhood. He befriended everyone and knew no strangers. If he knew a family who had no means, he would do his best to provide. I can’t tell you how many times, we had strangers in our house during Thanksgiving or Christmas because he didn’t want anyone to be alone.   His energy was endless, we specifically recall moving from one house to another and us kids were exhausted, but he wanted to keep working, cleaning, just continue going. We called him the Energizer bunny. He would always say ‘subele al radio’ and we would just sit behind the speakers because it was never loud enough. His love for his family was a bond like no other and he will be missed dearly.  Preceded by his mother, Julia Martinez Ollerbidez. He considered his children’s grandmother, Josefina Caldera Limon (Ama Limon) as a second mother as well.  Jose Martinez Gutierrez is the loving father of: daughter, Denise Cardenas and her husband, Michael; son, Jose Gutierrez; daughter, Margarita Powers and husband Anthony;  daughter, Elida Sarabia and husband Jose. Proud grandfather of: Michael Jay and Dejah Raquel Cardenas, Joe Angel and George Gutierrez, Juan Alfonso and Andrea Desiree Jaquez, Christian Rafael Rodriguez, Jolyne Isabel and Jose Luis Sarabia; brother of Dolores Flores and Rosa Gutierrez. Jose will be fondly remembered by family and friends as a loving father, grandfather and friend. May he Rest in Peace and may his memory be a blessing.