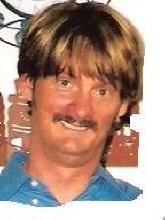 Beloved son, brother, uncle and friend Larry Walsh, a resident of San Antonio, passed away on Wednesday, January 17, 2007 at the age of 43. Larry was born on July 26, 1963 to Lawrence Walsh, Sr. and Zelma Preece Walsh. During his professional career, Larry worked as a hairstylist at numerous salons throughout San Antonio. He is survived by his mother, Zelma Walsh of San Antonio; sisters, Pamela Horner and Donna Shumaker and her husband, Robert, all of Bryan, TX; brother, Bill Speer, of Leakey, TX; nieces and nephews, Christina, Robbie, and Sara Shumaker and Sean and Joshua Horner, all of Bryan, TX. Larry was preceded in death by his father, Lawrence Walsh, Sr. and by a sister, Sue Ann Mann. A memorial service is scheduled for 2:00 PM on Saturday, January 20, 2007 at Meadowlawn Tribute Center, 5611 E. Houston St. with the Rev. Rick Bartlett officiating. To leave a note for the family, go to meadowlawn.net and select Obituaries. In lieu of flowers, memorial donations may be given to the American Heart Association at http://www.americanheart.org/ or 8415 Wurzbach, San Antonio, TX 78229 or to the American Cancer Society, (800) 227-2345 or http://www.cancer.org/ Arrangements by Meadowlawn