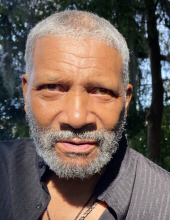 Leon T. Reid was born August 1, 1956 in Louisville, Kentucky. He was the son of Rebecca Florine Alexander-Reid and Leo Reid of Bowling Green, Kentucky. Leon departed this life at the age of 64. He professed a life in Christ at an early age. He went on to graduate with honors from Broad Ripple High School in Indianapolis, Indiana. Following graduation, he enlisted in the United States Army and served his country until 1979. He had a love for football and remodeling homes. He was a jack of all trades. Leon married Doris Bosier on March 11, 1978 in San Antonio, Texas and remained married for 43 years. Leon was preceded in death by his father, Leo Reid; brother, Larry Reid and sister, Diane Ash. He leaves to treasure his memory his wife, Doris Reid; children, Shameka Hartman (Roderick), Leon Reid, Jr., Krystal Reid, Ray Thomas Reid and Tecia Crumpton-Kirven; siblings, Joyce Reid, Darlene Fields, Brenda Winslow (Charles), Leola J. Graves, Cheryl Thornton and Melvin Smith (Marsha) along with sixteen grandchildren and seven great grandchildren. He also leaves a host of nieces, nephews other relatives and friends.