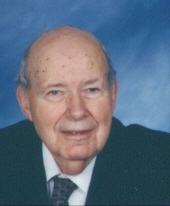 Leonard James Rawson, Jr., age 87, of San Antonio, Texas, formerly of Dayton, Ohio, died on March 13 in San Antonio. He had moved from Dayton to San Antonio last summer to be closer to family. He was preceded in death by his beloved wife of 57 years, Madeline Georgiev Rawson. Originally from Wamego, Kansas, he was also preceded in death by his parents Ellen and Leonard James Rawson, Sr., a sister June Rawson, and a brother Wilbur Rawson. Leonard is survived by his four children and their families: son Dr. Leonard Georgiev Rawson and his wife Joan and children Sean and Brent of Los Angeles, California; son Richard M. Rawson of San Antonio; daughter Mara A. Smith and her husband Steven and children Emily and Matthew of San Antonio; and daughter Barbara J. Hueting and husband Scott and children Melissa and Jennifer of Alton, Illinois. He is also survived by siblings and their families: Robert Rawson of Wamego, Kansas; Betty Daylor of Wamego, Kansas; Jane Casebier of Tucson, Arizona; Jo Ann Ott of Mesilla, New Mexico; and Jean Clem of Bozeman, Montana. Leonard was a professional engineer with a degree and post-graduate studies in Mechanical Engineering from Kansas State University. With an emphasis on plastics manufacturing, he joined Kurz-Kasch Plastics, Inc., in Dayton, Ohio, a well-known and one of the oldest plastics companies. He remained there for over 50 years and for many of those years was Vice President of Engineering and Manufacturing. Upon retirement, he became a consulting engineer. A long-time member of the Dayton Engineers Club, he received an award for being a distinguished member and an outstanding engineer, became a member of the Barn Gang, and received a patent with his father-in-law, the late Alexander M. Georgiev. He was a member of the Society of Plastics Engineers and The American Society of Mechanical Engineers. He was a member, along with his wife, of the Dayton Civic Music Association and on its Board of Directors, the Oakwood Band Parents Association, and the Dayton Music Club. A member of St. Paul’s Episcopal Church in Dayton, he will be interred in its Columbarium. A Memorial Service will be held in the St. Paul’s Chapel at 11:00 A.M. on Tuesday, March 22. In lieu of flowers, contributions in his memory may be made to St. Paul’s Episcopal Church, 33 W. Dixon Ave. Dayton, Ohio 45419. To leave a note for the family, go to meadowlawn.net and select Obituaries.