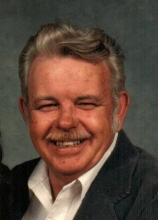 Louis 'Buck' Ervin Wunderlich, Jr. passed away on Tuesday, March 17, 2009 at his residence in San Antonio at the age of 73. Louis was born on July 6, 1935 in Los Angeles, CA to Louis E. Wunderlich and Constance Oliver Wunderlich. Later in life, after serving 3 years in the United States Marine Corps, Louis was honorably discharged. During his professional career, which spanned more than forty years, Louis worked as a truck driver and security officer. Mr. Wunderlich was preceded in death by his wife, Nancy and by his two children, Louis, III and Katie. He is survived by his daughters, Terry Cooper and husband, Steve, of New Braunfels; Christine Yost and husband, Joseph Jr., of Morrilton, AR; and sons, Kenneth Wunderlich and wife, Lilybeth, of San Antonio and Kevin Wunderlich and wife, Selina, of Marion; three grandchildren and four great-grandchildren. In addition, Buck is survived by his beautiful and devoted companion, Carrie Berry, of Albuquerque, NM.