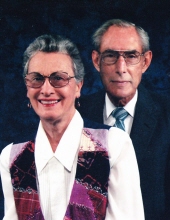 Louise M. Turner, who lived at Blue Skies of Texas in San Antonio, died June 9, 2020. She is survived by her daughter, Jan Pierson and her husband, Jim Pierson; her son, Dale Turner and his wife, Julia Fonseca; and her three granddaughters and their husbands, Sarah and Matt Zappitello, Laura Pierson and Justin Duran, and Amberly Pierson and Keegan Kjeldsen. Louise was preceded in death by her husband of over 64 years, Gerald “Jerry” Turner, her parents, Dale and Gertrude Charles, and her brother, William “Bill” Charles. Louise was born in Honolulu, Hawaii where her father was stationed while in the Navy. As a child, she moved around the country with her family as her father was assigned to different locations such as Washington D.C. and Long Island, New York. Eventually, her family moved back to Hawaii where she started high school. While still in high school her family moved to the Alameda, California area where she finished high school. It was at the local Baptist church that Louise would meet her future husband, Jerry Turner. They would become friends, attend church services together, and finally married in October 1953. Their meeting started a lifetime of love and a partnership that lasted the rest of their lives. In addition to being a loving wife and caring mother, Louise was very involved in her church and community. She loved singing and sang in various choirs and singing groups. She was very active socially with many, many friends all over the country. Many of those friends were in Lago Vista, Texas where they lived for over 30 years before retiring and moving to Blue Skies of Texas in San Antonio where they made many more friends. Louise will be missed by her immediate and extended family members who live all over the country. And by her many close friends. We ask that all who knew and loved Louise think of all the happy times you had with her. We know that will make Louise smile. Louise was a very spiritual person and a great wife, mother, grandmother, mother-in-law, sister-in-law, and aunt. She is loved and will be missed. Oh, and she loved Christmas.