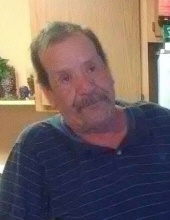 Lupe S. Gonzales, Jr., “Chito”, was born April 27, 1950 to Lupe and Maria Gonzales in Lamesa, Texas. He passed away at the age of 69 on Friday, February 28, 2020. Lupe liked to fish and spend time with his grandchildren. He raised two of his grandchildren, Pablo Gutierrez, Jr. and Maria Semona Lopez. He loved music and his favorite football team was the Houston Texans. He loved his wife of fifty years, Gloria. He loved sweets. Lupe battled liver cancer and on Friday, February 28 at 6:00 p.m., he decided to spread his wings and fly home. Lupe was loved by all his family and friends and leaves many to cherish his memory. He is survived by his loving wife, Gloria Gonzales; two brothers, Mike Gonzales and David Gonzales; two sisters, Carmen Silvas and Janie Hernandez; three sons, Paul Gonzales and Mariah, Lupe Gonzales, Jr., and Jessie Gonzales; two daughters, Mary Jane Gonzales and Steven Martinez, and Lisa Sotelo and Fabian; 15 grandchildren; and 25 great grandchildren.