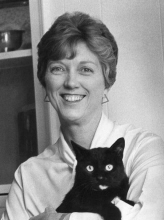 Marilyn Montgomery Rindfuss’ remarkable life began in Beeville, Texas, on October 30, 1936, and “ended” a prime number of days later (25, 301), on February 5, 2005. In between, she carved out a permanent space in the hearts of everyone who knew her and left the world a better place. Professionally, she made a lifelong commitment to improving education. For 31 years, she drew mathematics out of her students at Hot Wells Junior High, Alamo Heights Junior High, Ray High School (Corpus Christi), San Antonio College, Saint Mary’s Hall and Incarnate Word College with an informed enthusiasm that empowered and inspired them. Out of appreciation for her efforts, Saint Mary’s Hall’s Class of 1984 dedicated their yearbook to her. “She never doubts in our potential,” they wrote, “but continuously challenges, supports, edifies, and creates a desire within each of us to set our sights on objectives that at one time seemed unattainable.” In 1988, Marilyn left the classroom for Harcourt Educational Measurement, where, as a National Mathematics Consultant, she helped to change the face of standardized testing in the United States. During her18-year tenure at Harcourt, she flew over five million miles engaging in what might best be described as mathematical evangelism, conducting Teacher In-Service days that repeatedly brought her audiences to their feet. When she wasn’t educating, she was often playing—and, later, coaching—tennis. “Tex” Montgomery, as Bud Collins called her, was among the pioneers of the women’s professional circuit, and was ranked as high as #4 in doubles and #7 in singles by the US Lawn Tennis Association. On three occasions, she was invited to compete at Wimbledon, but declined due to her fear of flying. While at Trinity, she coached the women’s tennis team to successive National Championships in 1975 and 1976. In recognition of these achievements, she was inducted into the Texas Tennis Hall of Fame in 1992 and Trinity University Athletic Hall of Fame in 2005. Marilyn is survived and deeply missed by her husband and soul-mate of 36 years, Jim Rindfuss, two adoring and profoundly influenced sons, John Allen Rindfuss and Bryan Clark Rindfuss, two very close nieces, Melissa Montgomery Roland and Alyson Montgomery, several talented cousins, some of the best friends and colleagues a person could have, and a house full of spoiled dogs and cats. Cancer shortened—but could not lessen—our time with her. A celebratory memorial service will be held at 1 PM on Friday, February 24, at First Presbyterian Church. En lieu of flowers, the family asks honorary contributions be made to either the Humane Society/SPCA of Bexar County, 4804 Fredericksburg Rd., San Antonio, Texas 78229 or the Memorial Scholarship Fund at Trinity University, One Trinity Place, San Antonio, Texas 78212. To leave a note for the family, go to meadowlawn.net and select Obituaries.