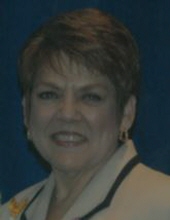 Dianne H. Thompson passed away suddenly at the age of 76 in her residence on December 3, 2021. She is survived by her husband of 58 years, Jim, and her daughter Christina. She was an incredibly strong and caring woman, and her family will honor her legacy always. Dianne was born to Billie and Lanell Hicks on March 10,1945. After graduating high school, she attended Sul Ross University for two years where she met her husband, Jim. They were married on October 31,1963. They had one daughter, Christina. She had a love of history, antiques, Egyptology, art, and Waterford crystal. However, her true calling came when she became involved with the Republican party. She held several titles including President of the National Federation of Republican Women (NFRW). Dianne Thompson was elected NFRW first vice president at the 31st Biennial Convention in San Antonio and assumed the position in January 2002, where she also served as NFRW Convention liaison. While serving in this position Dianne was the RNC coordinator for the Team Leader Program and was instrumental in composing policies and procedures for the NFRW Executive Committee. Thompson served as fourth vice president and chaired the Campaign Committee of NFRW during which time she organized and led several Train the Trainer seminars to help Federation women acquire the tools necessary to train women in their home states in campaign skills and techniques. A past president of the Texas FRW, Dianne has held many TFRW positions over the years including first vice president, vice president of Bylaws, vice president of Campaign Activities, director of Senate District 25, chair of TFRW Cleo Bohls PAC, Caucus Committee chair, convention workshop chair, Nominating Committee chair, and past president of Kendall County Republican Women. She also was a member of the Lubbock area Republican Women. She also served on the 1997 NFRW Nominating Committee. Her many accomplishments include implementing the TFRW Campaign Management Schools, serving as delegate to TFRW and NFRW conventions since the early 1980s, receiving the TFRW Tribute to Women and 10 Outstanding Republican Women awards. Dianne has also been a delegate at large to the RNC Conventions. She has held leadership positions in more than 25 campaigns both statewide and nationally, including state director for the Victory ’98 Phone Bank in Texas, Victory 2000 State Political Director, state Get Out the Vote chairman for the Bush/Quayle campaign, political director for George W. Bush gubernatorial, Rob Mosbacher lieutenant governor and state agriculture commission Susan Combs campaigns, state director of Texans for Term Limitations, special projects coordinator for the Republican Party of Texas, State Phone Bank Advisory Committee, State Platform, State Rules Committees, State Executive Campaign Committee and a member of the Congressional Delegate Nominating Committee. She will be loved, honored, and missed always for being a loving wife and mother and for her political contributions.