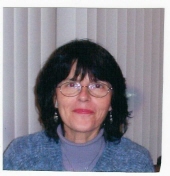 Nancy Elaine Bailey Saczawa Born in Houston, Texas on October 28, 1951 Departed from this material world on September 6, 2005, at 6:26pm Memorial Service: Saturday, September 10, 2005 3:30pm at St. John’s Episcopal Church 11201 Parkfield Drive at Braker Lane Austin, Texas 78758 Family & Friends Gathering to Follow in the Parish Hall Nancy Elaine Bailey was born on October 28, 1951, in Houston, Texas to Univae Jean and Charles Rogers Bailey. Nancy grew up in the Houston and Dallas areas with her brother and sisters, Jerry, Mary, and Donna. In her youth, she enjoyed the various social scenes with her parents, time with her horse, Dixie and helping her father with his gemology hobby. At 17, she left home to attend Tyler Junior College. After college, she left Tyler to pursue her spiritual growth with the International Society for Krsna Consciousness in Denver, Colorado. Nancy spent several years as a diligent, kind and caring devotee of bhakti yoga with the temples in Boulder and Denver, where she accepted initiation under Srila A.C. Bhaktivedanta Prabhupada and received her spiritual name, Nandita Gokula Devi Dasi. She continued her practice until 1975, when she moved back home to Houston. In 1976, Nancy married Wilbur Henry Dolson, whereby she begot two daughters, Liana Michelle and Kimberly Elaine. On March 16, 1981 she remarried to Edward Michael Saczawa (Edhaniyasvabhava Dasa), an initiated devotee of Srila Prabhupada and her husband of 24 years. They had two sons, Advaita Chandra and Nanda Kumara. In the later years, she resided on her family’s property in Canyon Lake, Texas. In 1993, Nancy was diagnosed with Multiple Sclerosis and later Fibro Myalgia, two chronic illnesses that disabled her active lifestyle. Despite the challenges she faced, Nancy continued to be a devoted mother and a dedicated wife. She enjoyed investigating her Native American Indian ancestry where she felt a strong connection to their respect for Mother Earth and spiritual heritage. One of her recent delightful experiences included a visit “back home” to Dallas with her husband, Edhani, where she attended the Appearance Day Celebration of Lord Krsna (Janmastami, celebrated all over the world). Several of her devotee friends remember her enthusiasm and enlivened character while she sat on the floor playing a mrdanga drum in glorification of the Supreme Lord, Sri Krsna. This is how her family and friends there at that event want to remember her kind spirit. Nancy, a loving mother, wife, grandmother, and friend, was a nurturing soul that shines in this world too seldom. We will all miss her tremendously and bid her farewell with a heavy heart on her journey back home. She is survived by her husband, Edward Michael Saczawa, sons, Advaita Chandra and Nanda Kumara, daughter, Liana Michelle LeMore and son-in-law, Wallace LeMore, daughter Kimberly Elaine Dolson, grandson, Lucas Avery LeMore, mother-in-law, Florence Saczawa Stanek, sister and brother-in-law, Lorry and Eric Owens, sister and brother-in-law, Janice and Don O’Neill, 96-year old great aunt Sudie, brother, Jerry Bailey, and sister, Donna Baumgartner. She was preceded in death by mother, Univae Jean Bailey Girard, father, Charles Rogers Bailey, and sister, Mary Carol Bailey. Flowers can be sent to St. John’s Episcopal Church in Austin. Memorials can be made to St. John’s Episcopal Church or to Food For Life at www.ffl.org.