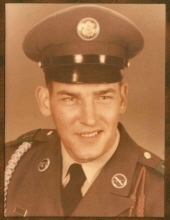 Devoted and beloved husband and father, Otto was the last of 11 children born to Alvine and Otto Strey, Sr. of Guadalupe County, Texas. Later, after the family moved to farm in Wilson County, young Otto, Jr. attended and completed primary school in La Vernia. In 1946, Otto Sr. left farming to work at the mills of Pioneer Flour in San Antonio. The family soon followed, moving to town where "Junior " continued his secondary education, graduating from Brackenridge High in 1952. While there, Otto excelled in baseball and football and following graduation, he earned a walk-on scholarship at Texas Lutheran College in Seguin, quarterbacking the Bulldogs for two seasons until sidelined by injury. During this time, Otto first met Ora "Ann" Petty of San Antonio at a Sons of Hermann rooftop dance. Courtship soon followed and after professing their love, the two were married on September 7, 1956 at Immanuel Lutheran Church in La Vernia. Soon after marriage Otto was drafted and days before his deployment to Germany in 1957, the couple celebrated the birth of their first and only child, Otto III. Returning to Texas after his discharge in 1959, Otto continued as an Army reservist until 1963; concurrently working with brothers Willfloyd and Kenneth sheetrocking houses to earn a living. In 1966, Otto began working for the United States Postal Service where he stayed for 34 years until his retirement in 1998, having received the USPS Meritorious Service Award twice during his tenure. Otto enjoyed hunting, fishing, golfing, dancing, traveling the 50 States, and bowling. He and his 5 brothers (Harold, Bernie, Eli, Kenneth and Willfloyd) bowled together on one of the few all brother, 10-pin bowling teams in Texas, where they competed in numerous tournaments, receiving several team and individual awards. Their two sisters were very proud of all their accomplishments. A member of Immanuel Lutheran church in La Vernia for most of his life, Otto served as church president, and as a member of the church choir for several years. He and wife Ann enjoyed serving as volunteers and life members of the San Antonio Livestock Exposition, Inc., Public Affairs, the Go Western Gala, and currently the Hall of Fame Committee. Otto and Ann were also members of the Martinez Social Club. On Saturday July 13, our precious Lord came to take dear Otto Jr. home. He is survived by his loving wife and best friend of over 62 years, Ora Ann Strey; son, Otto III and wife Allison; granddaughter, Natalie Marie and husband Isaac Martinez, and great grandchildren, Jackson and Emma. He is also survived by brother Willfloyd Strey and his wife Lillian; sister-in-law, Mary Rose Strey (wife of brother Kenneth); godchildren, Jackie Strey, Rebecca (McInvale) Galvan, and Loretta (Strey) Corkran. Uncle Junior also leaves behind numerous adoring nieces, nephews, cousins and countless good friends and neighbors. His endearing and gentle soul will be sorely missed but never forgotten.