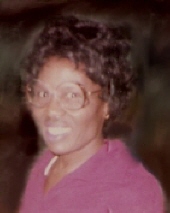 Qullar B. Walker was born on December 3, 1926 in Gonzales County, Texas to the marriage of Mr. and Mrs. Herman and Storia Lee. She was united in marriage to Tillman Walker, Jr. and became the mother to one child. Qullar retired after 25 years of service from Kelly AFB. She also returned after 15 years of service from Frost Bank and Motel–6. She was a member of Greater Matthew Baptist Church. Qullar departed this life on July 19, 2005. She was preceded in her death by her parents; two sister; two brothers; and a host of loved ones. She is survived by one daughter, Beverly Jean Walker of Portland, OR; one grandson, Marcus Andre Walker of Cuero, TX; one great grandson, Khouri K. Walker of Cuero, TX; one devoted sister, Lucille Todd of San Antonio, TX; one aunt, Fanie Lee of Gonzales, TX; dedicated nieces, Shelia Lee, Lucille Goode, Trude Scruggs, Marsha Martin, Beatrice Lee and Silvia Norman; nephews, Henry Smith, Ernest Lee, Richard Todd, Herbert N. Todd, Ronald Todd, Joel Brownlow, Elvis Brownlow (Houston, TX); and a host of other relatives and friends.