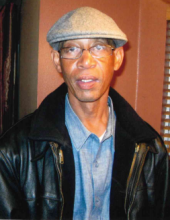 MSG Randall Scott Shumpert went to be with the Lord August 23, 2021 at the age of 64. He was born December 13, 1956 to the late Noah Shumpert and Mary Francis Casey in Flint, Michigan. Randy served our Country in the United States Army, also working for the United States Postal Service, of which he retired after 30 of Federal Service. He loved nothing more than watching cable tv, especially CNN. Randy also often enjoyed fishing and spending time with his family. He will be dearly missed by his children Shauna Nicole Duff (Michael), Nicole Elizabeth Shumpert, and Nicholas Scott Shumpert, Siblings Noah Shumpert, Shandra Jones (Willie), and Theotis Hence (Aline), as well as his Step-Grandchildren Kameron Wade and Kristian Michael. A Host of nieces and nephews as well as childhood friends Mike Buggs, Bryan Broomfield and Nate Stephens. He is preceded in death by his parents, sisters Beverly Caldwell, Wanda Shumpert, Cheryl Shumpert Nash, and Dara Lynn Scott