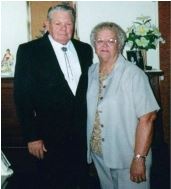 Ray Junior “Gramps” Pethel, was called home June 4, 2022 at the age of 88. Born June 27, 1933 , Ray was the son of the late Henderson Ray Pethel and Willie Murdock Pethel. He was a US Air Force veteran and served in the Korean and Vietnam War. Ray was a Training Instructor at Lackland Air Force Base for 14 of his 22 year career. After Air Force retirement, he worked twenty years for San Antonio River Authority as a park ranger at Braunig and Calaveras Lakes. He was an avid golfer, beer drinker, and he loved to barbecue. He made sure to let everyone know each brisket was his best one ever. His happiest moments were times spent with family.