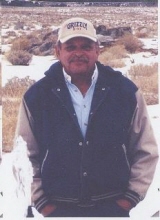 Raymond A. Martinez, a resident of Uvalde, passed away on Saturday, June 21, 2008 in San Antonio at the age of 70. Raymond was born on September 22, 1937 in Uvalde to David Martinez and Elvira Zapata Martinez. He later served his country proudly in both the US Navy and US Army. During his professional career, Raymond worked as a telephone repairman. He is survived by his wife, Gloria Cuellar Martinez; children, Diane, Danny, Paul and Rebecca Martinez; grandchildren, Danielle Martinez and Olivia Stansbury; sister, Lilly Olazaba and brother, Roland Martinez. A memorial service is scheduled for 11:00 AM on Saturday, June 28, 2008 at the Meadowlawn Tribute Center with Rev. Bill Shockley officiating.