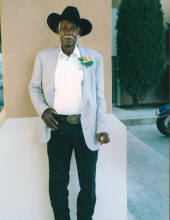 Raymond Clay Sr. was born on November 30, 1930, in Martinez, Texas to the late Saddie Clay and Almeda Clay. He was the last of seven children which have all proceeded him in death. In his early years he attended school, but had to stop when his older brother was called to the Armed Services, and then his father was injured, so he had to work the farm. He learned at an early age the meaning of hard work. He married Irene Clay in the early 1950's. They were the proud parents of one son and two daughters, Diane Goodie Chargois, Patricia Clay Adams and Raymond Clay Jr. Raymond kept his work ethic and always provided for his family. He worked part time on the weekends as well as a full time job. He was employed at Sweeney & Company for 28 years, One of my brother and I fondest memories of him working there was that we would always get a special birthday cake that he had made especially for us on our birthday. He also worked for Lone Star Bakery where he retired after 8 years. Although Raymond rarely attended church services or joined a church, we knew that he had a heart for God and accepted Jesus as his lord and savior. Raymond loved to work. He also loved to play the harmonica and sing. He also loved walking in the neighborhood and he never met a stranger, he was always willing to lend a helping hand. His favorite attire was blue jean overalls and a western shirt. Raymond is preceded in death by his parents Saddie and Almeda Clay, his loving wife Irene Clay, his siblings, Marvin Clay, Arthur Clay, Olia Clay, Melvin Clay, Leon Clay, and Mercury Clay. Also his daughter Diane Chargois. He is lovingly survived by (son) Raymond Clay Jr. (Mary), Patricia Adams (Jerris), Grandchildren, Charles Steen (Janie), Valerie Steen, Andrew Stewart (Tamara), Justin Clay, Meghan Adams. and Dawn Bolden. Great Grand Children Katie Lodridge, Kaitlin Steen, Kassidy Steen, Kameron Howard, Kevin Mickle, Aden Stewart, Avery Stewart, and Oryan Clay, along with a host of nieces and nephews and beloved friends.