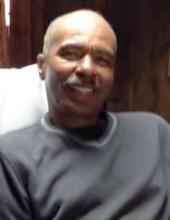 Richard Anderson went to his Heavenly home on August 8, 2020. He is survived by his wife, Vicki of 20 yrs. He is also survived by his mother, Margaret Anderson & preceded in death by his father, Searcy; brother, Searcy Jr. and sister, Caroline. Richard is survived by two sons Richard Jr. and Boyce Collins. He is also survived by many uncles, aunts, cousins and many friends. Richard was known for his sense of humor & his charisma. He took the path that was less traveled. His loss is immense and completely unexpected. The family would like to thank all the well wishes and caring that was shown during this difficult time. Due to COVID crisis, graveside service will be held at Meadowlawn Funeral Home, 5611 E. Houston St, San Antonio, TX at a later date.