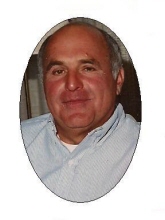 Robert Michael Brell was born on February 24, 1935 in Toledo, Ohio, the fifth child born to Bernice Fike and Clarence Thomas Brell. His siblings included brother Thomas and sisters Rachel Brell, Pat Byersmith, and Barbara Weston. "Mike" attended St. Joseph's Catholic School through Junior High and graduated from Maumee High School where he played center on the football team and was Prom King his senior year (1953). After graduation, he attended Christian Brothers College in Memphis, Tennessee, where several of his pranks involving the Mother Superior led to his dismissal. He was later drafted by the US Army where he completed basic training at Fort Campbell, Georgia. After an honorary discharge two years later, Mike returned home to Maumee for one year before enlisting in the US Air Force, where his first assignment was as a medical technician stationed in Germany. While at Bitburg Air Base, he met and in 1963 married Ursula Schoppmann. This also marked the beginning of the loving relationship with his widowed mother-in-law - Else Schoppmann. Even though they didn't speak the other's primary language, Else and Mike, along with Ursula, went off on numerous adventures together. While in Germany, Mike and Ursula's two sons - Michael and Mark - were born in 1964 and 1967 respectively. It was during this time that he developed a strong interest in World War Two history. Nothing made him happier than roaming through the European countryside looking for and exploring the remains of German bunkers used in the war. His military travels later took him to Thailand for one year in the early 1970s and then to Texas, including Laughlin AFB in Del Rio and Lackland AFB and Brooks AFB in San Antonio. After 28 years of service, Mike retired from the US military in 1984 as a Chief Master Sergeant. He then went to work for the Civil Service, again at Brooks AFB as a laboratory technician. After retiring from the Civil Service, he worked at Sea World, the Northeast Independent School District as a substitute teacher for special needs children, and the US Army Medical Museum as a volunteer. During his time in San Antonio, Mike was active at St Thomas Moore where he served on the parish council, St John Neumann where he was involved with RCIA, the Knights of Columbus, and the booster club for Roosevelt High School. He also completed numerous classes at the local junior colleges. As time passed, he became increasingly focused on his six grand children - Sydney, Nick, Reagan, Sophia, Ericka, and Adrianna, whom he showered with love and gifts, especially during Christmas and on their birthdays. After struggling with lung cancer and emphyzema the past 15 years, he passed away on October 10, 2012 at home and surrounded by his grand kids and other family members, just the way he wanted it. He is survived by his brother Tom, sister Rachel, two sons, six grand children, and most importantly his wife Ursula to whom he was married for almost 49 years.