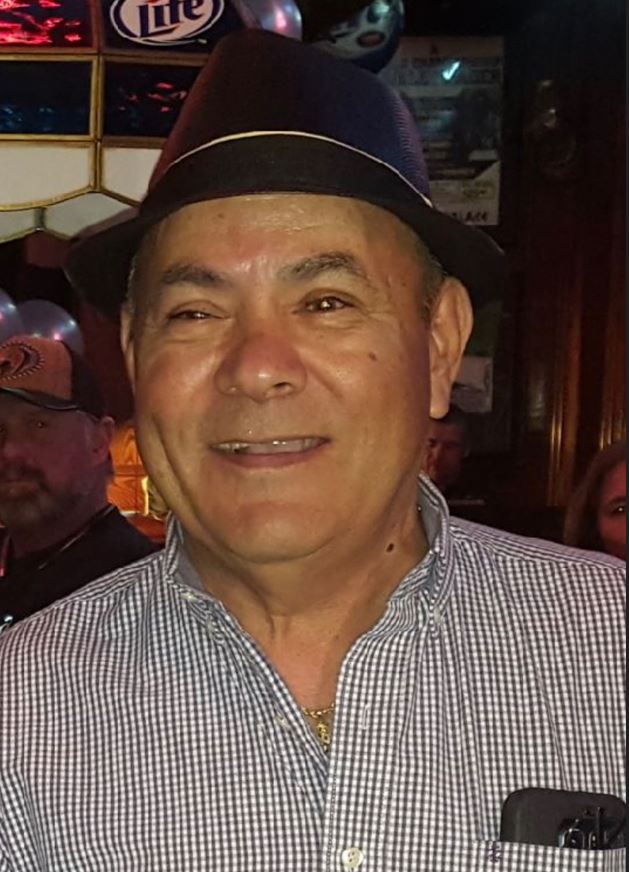 Robert Ramos Sr. went to be with our Lord Wednesday, July 13, 2022 at the age of 73. He was born January 3, 1949 in San Antonio, Texas to the late Jesusa Chapa Ramos and Domingo Ramos Sr. He served his country in the United States Army. Upon his return, he was employed with Southwestern Bell for 29 years, until retirement in June of 2002. Robert was very family oriented and enjoyed spending time with his family and friends while barbequing and enjoying a few adult beverages! If you were lucky, you might have even enjoyed a few of his stand-up comedy nights! He loved watching all kinds of sports, but he especially loved watching the Dallas Cowboys. He enjoyed road trips to Las Vegas to gamble and to McAllen to visit his family there. Robert was a pool shark and if you ever played against him, you can remember him saying, “no oohs or aahs”! He was an avid coin collector and enjoyed keeping up his yard. His favorite Tejano band was Los Fantasmas, he loved listening to their music and dancing the night away. Robert was a very giving person to those in need and those he loved. If you knew him, you know he would give you the shirt off his back! He lived life to the fullest and loved with all his heart.
Robert is preceded in death by his parents and siblings: Rudy Ramos and Gloria Ramos. Left to cherish his memory are his children: Robert Ramos Jr. (Michelle Inman), Kimberly Corder (Fatima Rivera), Rene Ramos, Erica Easter (DJ Brinegar), JD Ramos and step-daughter, Kimberly Valadez (Joe Frank Rocha); grandchildren: Christian, Brandon, Hailey, Joshua, Jayden, Derek, Brennon, Jordan, River, Josiah, and Brooklyn; siblings: John Ramos, Esther Ramirez (Robert Ramirez), Domingo Ramos Jr. (Jeanne Ramos), Benny Ramos (Margaret Ramos), Mike Ramos (Susi Ramos), Ray Ramos (Sylvia Ramos), Ruben Ramos (Irma Ramos). Robert also had numerous relatives and friends. He will be missed dearly by all that were blessed to know him.
Visitation will be held Sunday, July 31, 2022 at 5:00pm-8:00pm at Meadowlawn Funeral Home 5611 E. Houston St. San Antonio, TX 78220 and Rosary to be recited at 6:00pm. Funeral Procession will depart Monday, August 1, 2022 at 11:00am for a Funeral Mass to be celebrated at 11:30am at St. Margaret Mary Catholic Church 1314 Fair Ave. San Antonio, TX 78223. Interment to follow in Fort Sam Houston National Cemetery with military honors.