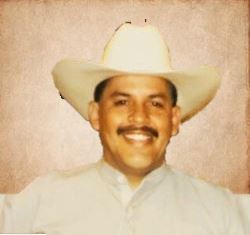 Rodolfo Sosa lived his life with an infectious smile and a joyous spirit. Everyone he came across, whether it be a friend, family member or a complete stranger, felt as if he truly cared about them. His ability to bring joy and laughter in any situation made him a beloved member of his family.

Rudy grew up on the west side of San Antonio and loved venturing around his neighborhood with his siblings. After high school he enlisted in the U.S. Army, and served a four-year term before he was honorably discharged. While in the Army, he was stationed in Germany where he created many memories and had several adventures.

After his service was over Rudy returned to San Antonio where he met and married Rosalinda Rodriguez in 1979. The two shared a union of 42 years and raised five children together. Rudy loved to take his wife dancing and would often play his vinyl records which would fill the home with music and joy. Rudy always made it a point to encourage his children to chase their dreams and would support them in any sports or hobbies they participated in.

Rudy loved his family dearly. He enjoyed sharing his love of playing pool, dominoes, cards, pente, and watching boxing and car racing with his children. Rudy was at peace while he was fishing off his boat in the ocean and enjoyed sharing that with others. He had a love of animals whether they were his pets or the neighborhood strays that he would turn into his pets. Rudy was a die hard Dallas Cowboys fan and would start every preseason with the phrase, “This is our year!”

Rudy is preceded in death by: his parents: Andrew & Augustina Sosa, and his brothers: Ralph V. Sosa, Roland Sosa, and Richard Sosa.