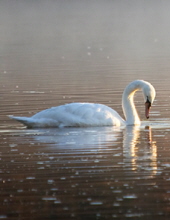 Sandra (Sandy) Ruth Kretzschmar --- December 5, 1950 ~ December 10, 2021 Sandy departed from this earth on December 10, 2021 to heaven to join her parents. Sandy was born on December 5, 1950 in Floresville, Wilson County, Texas to Thomas Robert and Helen Amelia Matheaus Kretzschmar. She will join two of her deceased brothers: Bobbie Thomas, 2009 and Kendell Lee, 2012 and her step father, Monroe Engel, 2006. Sandy is survived by two brothers: Charles Hugo (wife, Angelina) and Milton Joseph (wife, Billie) Kretzschmar; one sister, Betty Jean Kretzschmar Carpenter. Also, surviving nephews are: Christopher Brett, Keith Thomas, and Kevin Lee Kretzschmar and David Randolph and Daryl Robert Carpenter. Surviving nieces are: Shelley Anne Kretzschmar Klein and Karyn Sue Kretzschmar Netardus. She is survived by one aunt: Margaret Vera Matheaus Albert, Wilson county, Texas. After Sandy's mother died in 1981, she went to live with her brother Milton and his family in Austin, Texas. She enjoyed living in their family home with her young niece and nephew. Sandy influenced her niece, Shelley to work in the medical field. Next , she moved to San Marcos, Texas to live in a group home with her peers. She was able to work in several jobs there and attend social functions with other group homes. When her health declined, she was moved to a nursing facility in Seguin, Texas, where she died due to uterine cancer. On 17 December 2021, a private family graveside burial was held at the Saint John Lutheran Cemetery in Marion, Texas. She is buried in the same cemetery as her mother and step father, Monroe Engel. Funeral services were provided by Meadowlawn Funeral Home, San Antonio, Texas.