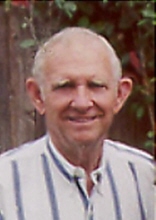 SGM Clarence Lewis Fagan, USA Retired, 12/09/1930- 07/30/2005. Lost his battle with cancer at the home he shared with his wife, and joined his father Clarence, mother Alma, and little brother Jimmy, in the arms of our Lord. SGM Fagan accrued 45 years of Federal Service, 16 as a civilian worker and 29 years of active and reserve military combined. He received the Army Commendation Medal, for Meritorious Achievement in the Republic of Vietnam in 1969; Bronze Star Medal, for Meritorious Achievement in Ground Operations Against Hostile Forces in 1969; Meritorious Service Medal in 1972; Joint Service Commendation Medal in 1975; Army Commendation Medal (First Oak Leaf Cluster) in 1976; Meritorious Service Medal (First Oak Leaf Cluster in 1979); Defense Meritorious Service Medal in 1980; Outstanding Civilian Career Service Award in 1996. At age 13, while growing up in poverty during the depression, he made a decision to forge a better life for himself. Through hard work, dedication, determination and a positive attitude, he did indeed forge that life. He taught us that we could do whatever we set our minds to do, not by words but by example. He genuinely enjoyed the company of others and his cheerful outlook and infectious smile won him many friends. Always willing to help others in many diverse ways, is one small example of his kindness. Throughout his illness, he continued to exhibit his positive attitude, never complaining, always more concerned for those he loved and how his illness affected them. He will be deeply missed. Mr. Fagan is survived by his wife, Wakako Fagan; aunt, Mickey Thornton; sister, Reba Condra and Jerry; brother, Don Fagan; daughter, Kay Bell and Terry; son, Rodney Janzen and Dee; daughter, Lynne Lawson and Tracy; daughter, Patti Wilk and Michael; grandchildren, Michael Bell, Nicole and husband Mark Waugaman, Michael and Lexi Broils, Mandy Wilk, and Danny Janzen; great grandchildren, Trevor and Melina, Lucas and Paul; nephews and niece, Jerry, Gregg, Todd, Tara, Michael and Brandon. A Graveside Service will be held Wednesday, August 10th at 10:00 A.M. at Fort Sam Houston National Cemetery with full military honors. Chaplain Broedell officiating.