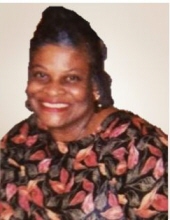 IN LOVING MEMORY Today we bid farewell and celebrate the life of a beloved mother, sister, grandmother, auntie, and friend. Sherley departed life on Friday November 19, 2021. Sherley is survived by her children Dionne Scott (Harold), Cathy Conway, Kristina Conway, and De’Anna Conway; grandchildren Travon, Kelsey, La Bria, and Tionna; great-grandson Travon Jr.; her brother Marshall Young and a host of nieces and nephews. Sherley was preceded in death by her father, Rufus Gore; her mother, Christine Young; brother, Bernard Gore; sister, Ann Ophelia Gore Reese; and her grandmother Willie Lee Patterson. Sherley Jean Conway entered life on March 6, 1947 in Ocala, Florida. She was the second child to Rufus and Christine. As a young debutante she graduated from Howard High School in Ocala and later attended Bethune-Cookman University in Daytona Beach, Florida. While attending college, she met and married a gentleman transitioning out of the US Air Force named Herbert Anthony Conway. Together, Sherley and Herbert later introduced into the world a daughter named Dionne prior to deciding to relocate to Herbert’s hometown of San Antonio. After moving to San Antonio, Sherley and Herbert had three additional daughters Cathy, Kristina, and De’Anna. The couple enjoyed their time together but as life has it, they later decided to part ways, with Sherley moving on to raise, support, and continue as a strong role model in her girls’ lives. Sherley had a different relationship with each of her daughters. Dionne was her fashionista, Cathy her financial planner, Kristina her caregiver, and De’Anna her confidant. Although different, Sherley loved them all equally. In addition, she had a special place in her heart for her Beloved niece Bernedett and husband Pernell (Nephew), Pamela, Debra, Tonya, and their children. Determined to set a positive example, Sherley worked at the HEB Warehouse for 13 years before moving to Lackland Air Force Base where she worked in Nutrition Medicine, and later retired after 20 years of federal service. During her life, Sherley enjoyed living and laughing with friends and family. Most importantly, she loved her grandkids, her dogs (Mixie and Micah a.k.a Michael), playing bingo, making baskets of joy, watching sports, and above all, cheering on the San Antonio Spurs.