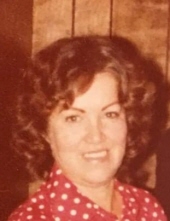 Sylvia Pena Hill was born on 4/18/1936 in San Antonio TX and passed away peacefully on 4/17/2021, just 1 day shy of her 85th birthday. Sylvia is preceded in death by her parents, Graciano Munoz Pena and Petra Buantello Pena, her husband Hargis Stevenson Hill, and sons Joe Daniel Mireles and Marvin L. Hill. Being the youngest in the family, she evolved the loss not only of her parents, but all of her siblings; her twin sister Goldie who passed a few months after birth, Mariana Carrizal, Teresa Rosas, Anita Garcia, and brothers, Julian, Deonicio, Graciano Jr. Sylvia is survived by her daughters Marjorie H. Christopher (Henry), Dorothy H. Watkins, and Lillie M. Mungia, and sons, William R. Hill (Erin), Charles M. Mireles (Maria) numerous grandchildren and great grandchildren, and many nieces, nephews and cousins. Sylvia is also predeceased by Mr. Rudy Ramos, who she spent most of her later years with until his passing. Sylvia and Rudy were known to always be travelling and having a good time wherever they went. Rudy enjoyed taking Sylvia to Las Vegas and Palm Springs, and loved to take her on his fishing trips. Sylvia was also the proud mother and aunt of servicemen, her nephew Manuel Garcia who served in Vietnam, her son Charles and nephew Joe Garcia who served in Desert Storm. She did not want her youngest son, Bill to join the service, but he did and was gone for five years to serve. Sylvia was very fond of veterans and took in another soldier, Martin who served with her son Bill, as another son as they transitioned to civilian life. Sylvia was special to many people with relatives in California, Oklahoma, Missouri, and Texas. Sylvia would love to have a special thanks to those who helped her throughout. A special thank you to her nieces and nephews, Maria Carrizal-Fava, Rosalinda & Bill Gusman, and George & Kathy Pena. It is with great sadness we see Sylvia off but with great joy not seeing her suffer and being miserable anymore. She is now with all her relatives and friends that predeceased her and reminiscing of their times together. A Graveside Service will be held on Friday, April 30, 2021 at 1:00pm at Sunset Memorial Park Cemetery, 1701 Austin Highway, San Antonio, TX 78218.