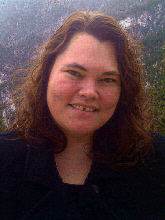 Tabitha L. Borko, of San Antonio, Texas, died on Tuesday, December 17, 2013 at Christus Santa Rosa Hospital- Westover Hills due to complications of pneumonia which developed during chemotherapy treatment for recently diagnosed Leukemia. Tabitha was 38. She was born on January 13, 1975 in Baltimore, Md. She attended Baltimore County Public Schools, York, PA. Public Schools, National Techinical Institute for the Deaf, in Rochester New York, and Gallaudet University in Washington D.C. prior to receiving her Bachelors of Arts Degree and Masters of Social Work Degree from UTSA. In 1997 she married Nicholas Borko and resided in Alamo Heights, Texas. Tabitha formerly worked as a Licensed Social Worker for the San Antonio Independent School District, working with deaf students and their families. She dedicated herself to advocate for the deaf and to ensure parents and their children had resources and could learn to communicate with each other. She served as Vice President on the Texas Deaf-Blind Association as well as the Deaf-Blind Service Center in Austin, Texas. She also worked with AACOG of Texas working with deaf senior citizens. Tabitha supported the Foundation Fighting Blindness and was responsible for organizing the first annual San Antonio Vision Walk in 2009. She loved her animals and saved her pets from shelters and off the street. She consistently inspired and was loved by everyone she met throughout her life. She will be greatly missed and never forgotten. Tabitha is survived by her father and mother, Ted and Diana Kryger, her brother, Teddy Kryger and her husband, Nick Borko. She is also survived by her maternal grandparents Marvin and Donna Widener of Baltimore Md., aunts, uncles, nieces and cousins residing in MD. and PA., as well as her in-laws; mother, father, brother, sister and their children, who reside in FL. Tabitha had requested in lieu of flowers, memorial donations to help defray her medical costs, be made to her husband, Nicholas Borko, 1606 Corita Street, San Antonio, TX. 78209.