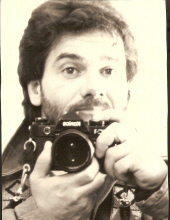 Thomas Allen Gains, age 64, passed away at his home December 4, 2019. He was preceded in death by two step children, a dear nephew and his pops. Following high school Thomas attended some college, eventually serving his country in the U.S. Air Force. He also worked driving semi's and in the construction industry from the ground to being a foreman, currently he was in the swimming pool industry. His memories will live on in his wife, two children, mother, two sisters, brother, mother-in-law, two brothers-in-law, many nieces, nephews, nine grandchildren, two great-grandchildren and many friends.