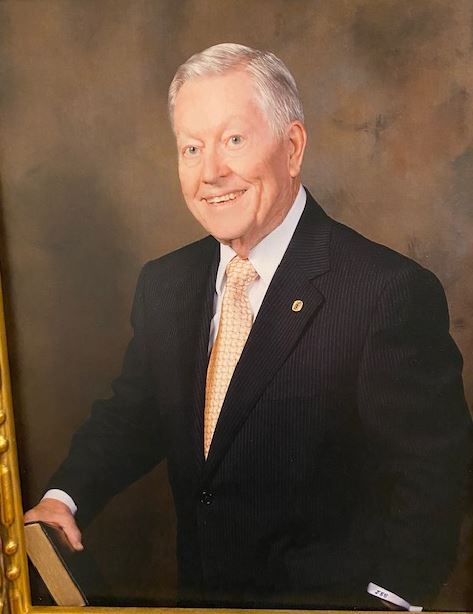 Thomas Edwin Cook, Sr. M.D.
There are very few people of 99 years who can look back on their lives and say “I wouldn’t change a thing. The Lord has been so good to me, leading me and always giving me very fine people to live and work with”. This was Edwin Cook, who with his Christian commitment as a physician and a missionary, had an amazing attitude towards his life journey.
Thomas Edwin Cook was born January 11, 1923 in Houston, Texas. He was raised during the Great Depression by his widowed mother, along with a brother, Charles Cook and sister, Sara Burge.
Just after Pearl Harbor in 1941, Edwin joined the U.S. Navy in January in 1942 and was trained as a Navy Corpsman, was later transferred to the U.S. Marines, during which he served in the Battle of Guadalcanal.
When World War Two ended, he entered Baylor University and Medical School, graduating in 1952, despite his dyslexia. After completing an internship and residency, he practiced Pediatric Medicine in Houston for two years and then for 21 years in lake Jackson, Texas. During this time, he, and his wife Bobbie, performed short term medical missions in Honduras, the Rio Grande Valley of Texas, the San Blas Island of Panama, Bangladesh, and South Korea. He became a full-time physician for the Southern Baptist International Board hospitals in the Gaza Strip, Jordan, South Korea and Macao for Approximately 18 years. On furlough, he served as an Associate Professor of Clinical Pediatrics at the University of Health center in Houston. At age seventy, after retiring from medical missions, he practiced at the Jackson Clinic in Dickson, Tennessee for ten years. After his wife of 56 years, Bobbie , passed away, he married Mary Jane Smith and was married wither for another 15 years.
Edwin leaves behind three sons, Thomas E. Cook, Jr. (Patricia), Kim Cook (Bill Walters Cook), and Kerry L. Cook (Janet). He also leaves behind a granddaughter, Brittany Walters (Chris) and David Cook, and great grandsons, Christian and Carter Walters.
He leaves behind a daughter, Amy Mc Bride (Dick), sister-in-law, Emily Martinsen, brothers in law, Tom Cravey, Ed Cravey, Robert Cravey, nephew, Billy Burge, niece Sookie Martinsen, nephews Dan and Matt Cravey, and numerous family members and friends who loved and adored him.
Edwin will be interred in the Houston National Cemetery, Houston, TX with military honors, Thursday, August 11, 2022 at 12:30pm with a memorial service at the First Baptist Church 401 Yaupon St. Lake Jackson, TX 77566 at 4:00pm on August 11, 2022.
The family request that contributions be made to the Bobbie and Edwin Cook Scholarship Fund at Baylor University instead of flowers.