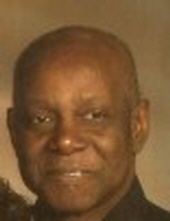 Vernon M. Dixon was born the third child of eight to Lacy Dixon Sr. and Martha May Dixon on September 29, 1941 in Gonzalez, Texas. Vernon married Delores Dixon on October 10, 1964 and to this union three children were born. Vernon’s first wife preceded him in death and God blessed him with a wonderful woman to fill his days. Vernon later married Gloria “Memaw” Wilson. Through their union, The Lord saw fit to bless them with a tiny baby in need of a home. They took him in and made him their own. Though Vernon fathered only four children he was “Dad” to many. He was preceded in death by his mother; Martha May Perkins and father; Lacy Dixon Sr., two brothers; Lacy Dixon Jr, and Johnny L. Dixon, and sister; Mary Perryman. He enjoyed cooking, fishing and feeding whoever was hungry. His favorite love was bar-b-queing and spending time with his family. The memories of his kindness, generosity and laughter will always be in our hearts. To cherish his memories, Vernon leaves wife Gloria Dixon, sister Vivian Lenzy three brothers; Floyd Dixon Sr., Charles Dixon, and Terry Dixon. Eight children; Daron Dixon, Kenny Booker, Antrel and Vicki Pride, Ray Wilson Jr., Steven Dixon, Bryan Wilson, and Davonte’ Mitchell. Three grand children; Dante Bell, Dariane Dixon and Kavon McConnell. One god-grandchild, Diamond Smith and a host of nieces and nephews.