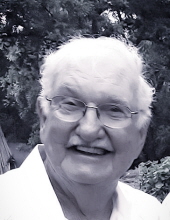 Vernon Ray Vaughan departed this life for the next on July 24, 2020 at the age of 83 in San Antonio, TX. Born on August 20, 1936 to Raymond and Cecelia Vaughan, Vernon's life was shaped by a love of family and friends... and cars, motorcycles, fishing, hunting, camping, boating, and photography. After attending Brackenridge High School and Abilene Christian University, Vaughan made his home in San Antonio with his wife of 56 years, Lenda Leigh Hairston. Known affectionately as "Dad-o" to family and friends, Vaughan was capable, confident, and courageous in all things. From the halls of the San Antonio Breakfast Club and the pews of St. Luke's Episcopal Church to the shores of Copano Bay outside his second home in Rockport, Texas, Vernon made it his life's mission to have the best darn time he could at work or at play. A prime example is the Fiesta parties he and business partner of 40 years Flavio Farias threw at Bebrick Fact-O-Bake on the corner of Pearl Parkway and Broadway where the parades began - and where they began the beloved tradition of shouting "Show us your shoes!" He knew better than anyone how to kick up your heels. Vernon is preceded in death by his wife Lenda. Celebrating and cherishing his memory are his children Cynthia Vaughan, Sharon Leslie (Will), and Vernon (Bubba) Vaughan, Jr. (Donna); grandchildren Taylor Leslie (Amanda), Whitney Kirby, Blair Leslie (Jazmin), Paxton Vaughan (Dannon Shippey), and Payton Vaughan; great-grandchildren Emerson and Harper Leslie; brothers-in-law Cary Hairston (Janice) and Lonnie Hairston (Peggy); sister-in-law Pamela Rhodes (Rodney); loving friend Rita Novak; and numerous cousins and nieces and nephews. A celebration of life will be held at a later date. In lieu of flowers, donations may be made to the America Heart Association or the charity of your choice.