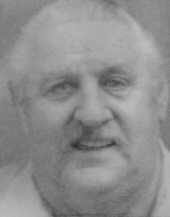 Wayne E. Crum, age 76, passed away December 11, 2013 in San Antonio. He graduated in 1955 from Burbank High School, served in the U.S. Army, and was stationed at Ft. Hood, TX. Mr. Crum had a long career in the newspaper business. He began working at the San Antonio Light newspaper at the age of 15 where he helped prepare newspapers for circulation by stuffing into bags for delivery. As his employment continued, Wayne worked his way up with different jobs at the paper until it closed. He then went to work for the San Antonio Express-News where he served in the capacity of Supervisor of the mailroom and machinist until his retirement in February 1999. Mr. Crum was preceded in death by his parents, Pasqual & Dorothy Crum. He is survived by his wife of 44 years, Freda A. Crum, who he married December 23, 1969. Son, Gary Wayne & wife (Cindy Marie) Crum; daughter, Terri Lynn Gonzales; grandchildren: Casey Wayne & wife (Kassi) Smith, Michael Smith, Sheyanne Marie Phillips, Chelsea Micheale Patton, Tanna Smith; sister, Dorothy Ann Graves; nieces, Renee & Karen Graves, numerous friends and loved ones.