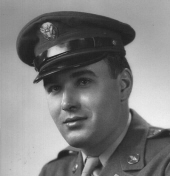 William C. Bodner, LTC, USAF (Retired) was born in Cleveland, Ohio on May 24, 1922 and passed away on March 7, 2006 in San Antonio. He lived with his parents in Detroit, Michigan until graduating from high school and entering military service during WWII. After the war ended he was discharged from the Army Air Corps with the rank of sergeant. He attended optometry college in Chicago, Illinois and was commissioned as a 2nd Lieutenant in the United States Air Force just before the outbreak of the Korean Conflict. For the next 24 years he remained on active duty with overseas assignments to Dreux AFB in France and Torrejon AFB in Spain. His favorite duty stations were Lackland AFB from 1960 to 1967 and Kelly AFB from 1969 to 1971. In 1983 he returned to San Antonio after retiring as a civilian optometrist in Jefferson City, Missouri. He was preceded in death by his devoted wife of 54 years, Stanislava T. Bodner, in 2004. He is survived by his sons, Bruce Bodner and wife Debbie, Gordon Bodner and wife Vicki, all of San Antonio, granddaughters Natalie Bodner of College Station, Texas and Chelsey Bodner and Lynette Bodner of San Antonio. After a private family service, interment with military honors will take place at the Our Lady of Guadalupe Church Cemetery in Heletes, Texas.