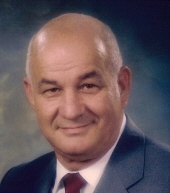 Beloved husband, father and grandfather William John Sears, Col, USAF (ret) passed away on 30Sept07 after a lengthy battle with Esophageal Cancer. Bill was born in Oskaloosa, Iowa 13 April 1931.He is survived by his beloved wife of 54 years, Orpha Mae Fisk Sears, four children Michael F. Sears, Cheryl A. Berude, John L Sears and Patricia Lynn Atherton, ten grandchildren, three brothers and one sister. Predeceased by two brothers and one sister. Colonel Sears received his B.S. from Iowa State University and his M.S. and Ph.D. in Medical Physiology from the University Of Southern California. During his military career he was primarily assigned in a research/management capacity at the School of Aerospace Medicine, Brooks, AFB. He was instrumental in starting and was the first to volunteer for the Exchange Officer program with the Royal Air Force Institute of Aviation Medicine in England. Following retirement from the Air Force he became Director of Bioengineering at the Southwest Research, Senior Research Scientist at Technology Inc and subsequently for twenty two years President of Aerospace Associates Inc. Dr. Sears was an internationally recognized authority in the field of Aerospace Physiology and the Human Factors aspects of Aircrew and Ground Life Support Systems. He was directly involved in the management of Test Facilities to validate hazard spacecraft atmospheres in the Manned Orbital Laboratory and other studies exposing man and animals To high levels of oxygen and carbon dioxide as well as defining oxygen requirements for future aircraft. He managed hypobaric, hyperbaric And thermal test chambers to establish life support and environmental requirements for USAF missions. He consulted with NASA on fire suppression systems, pressure suits, EVA activities and the challenger accident. He was directly involved with the development of chemical defense and high altitude protective equipment and procedures for aircrew and medical personnel with two inventions for chemical defense equipment. He served for 10 years as Vice President and President of the board for the Randolph Brooks Federal Credit Union. He Authored/Co-Authored Over 50 publications on a variety of life support and chemical defense equipment and procedures. Following retirement, as President of Aerospace Associates, he acted as consultant to over 30 Companies involved in new aircraft and life support programs to include the B2, F-23, Future Compact Fighter, High Altitude Reconnaisance Aircraft, Advanced Pressure Suits, Navy Advanced Tactical Crew Systems, Newer Aircrew oxygen and chemical defence masks as well as authoring articles for specific military contracts. He was presented with several Military Awards to include the Meritorious Service Award with Oak Leaf Cluster and The Legion of Merit. He was elected Fellow of The Aerospace Medical Association, presented the Fred Hitchcock Award For Excellence In Aerospace Physiology; the Annual SAFE Award For Career Achievement, received a First Place Science and monetary award From The Air Force Association and was military consultant in Aerospace Physiology to USAF Surgeon General. A private ceremony will be held to honor him at Ft. Sam Houston Cemetery.