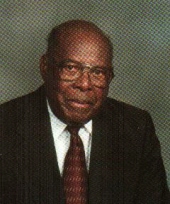 Willie D. "Pop" Henderson dedicated his life to being a servant. He was a faithful Deacon that served God and the church. A Bexar County Constable that served as a protector and peacekeeper; a past Wishful Master that served with the St. James Masonic Lodge #293; a creative Chef that served to delight many palates professionally at Lackland Air Force Base, the Menger Hotel, and for many catered venues; as well as personally for friends and family. As a servant to the Henderson family, Pop was a devoted and supportive father and grandfather; a loyal and unwavering brother; a thoughtful, loving and caring friend to all who knew him. Pop was a teacher and provider of mental and spiritual guidance to us all. He was the central overseer of the family and he was always there to steadfastly look out for our best interest. Because of his awareness of God's plan, he subtly prepared us for his call to glory by warning us that his "Time is winding down" and commenting that he had "lived a long full life". After 87 years of life, Willie D. "Pop" Henderson's time ended at 7:30 p.m. on April 22, 2008 at Southeast Baptist Hospital. Pop is preceded in death by his parents, Willie and Elvira Henderson; 2 brothers, Lorenzo and Jessie D.; 5 sisters, Mary Lou, Mattie, Rose, Bertha and Versa. Pop leaves to cherish his memory, sons: Wayne Henderson (Dorothy), Ronald Henderson; sisters: Dorothy Wayne, Jo Ann Hilliard, Eleanor West, Elizabeth Jackson; grandchildren: Marcus, Randall, Taylor, Ronald, Jr. and Kenya; 2 great-grandchildren and a host of nieces and nephews.