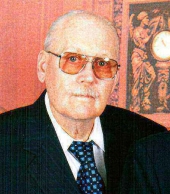 James Wagner, III was born Sept. 2, 1938 in San Antonio, Texas and passed away Nov. 6, 2008 in San Antonio at the age of 70. Jim, as he was affectionately called, graduated from Alamo Heights High School and received his Bachelor's degree in Business Administration from Incarnate Word College. He served his country by enlisting in the U.S. Air Force. During his career, Jim worked in sales in the Philadelphia area. He won awards as top salesman for Levitz Furniture and advanced to Sales Manager for Levitz. Jim also worked for the IRS as a Field Agent. Later he became self-employed and ran Wagner Supply House in San Antonio for 18 years. Jim enjoyed investing in the stock market, where he had the same broker for 30 years. He enjoyed fishing, traveling and gambling in Las Vegas. Jim died after a long illness caused by a fall. He received wonderful care from Vista Care Hospice and Gilliana and Gabriel Muresan, of Precious Moments Adult Home Care. He was preceded in death by his parents, James Wagner, Jr. and Dorothy Rogers Wagner McGlothlin and by a daughter, Lisa Lynn Wagner. He is survived by his wife of 28 years, Winifred "Winnie" Wagner; daughter, Susan and husband, Jim Brand of Egg Harbor Township, New Jersey; sister, Patricia "Patti" and her husband, John Yokum of San Antonio; brother, William "Bill" and wife, JoAnn Wagner of Dallas; grandchildren; Joshua, Jessica, and Juliann, all of New Jersey, along with several nieces and nephews. His wish was to be cremated and the family will have a celebration of life in the near future. In lieu of flowers, please send donations to Vista Care Hospice or Precious Moments Personal Care Home at 24414 Walnut Pass, San Antonio, Texas 78255.