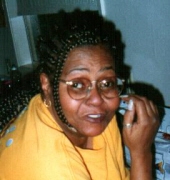 Patricia Ann (Betts) Peltier of San Antonio, Texas passed away peacefully in her sleep on Monday, May 19, 2008. She was born August 25, 1949 to the parentage of Cosby and Margaret Betts in San Antonio, Texas. She had one brother Lawrence Wendell Betts. Her parents and brother preceded her in death. Patricia was a product of the local San Antonio schools. She united with Mt. Calvary Baptist Church at an early age, where she was actively involved in many of the activities over the years. Patricia traveled extensively with her parents in the military. During one of their assignments she met and married Sylvester Peltier (deceased). To this union three children were born. She leaves in the loving hands of God; her children: Kevin Peltier of Tacoma, Washington, Anthony Peltier and Monica Peltier of San Antonio, Texas; her grandchildren, Kaylah Renee Peltier and Tevin Joshua Peltier of Tacoma, Washington; Tyshun Maurice Peoples, Dontrey Rashaud Peoples and Deshunte Dupre Peoples of San Antonio; uncle, Windel Betts (Vivian) of Hughes Springs, Texas; niece, LawRece Betts; nephews, Rodney Betts of Amarillo, Texas, Michael Betts of Dallas, Texas and their childern; a host of cousins (including Edwina (James) Love Fanner and children); other relatives and friends.